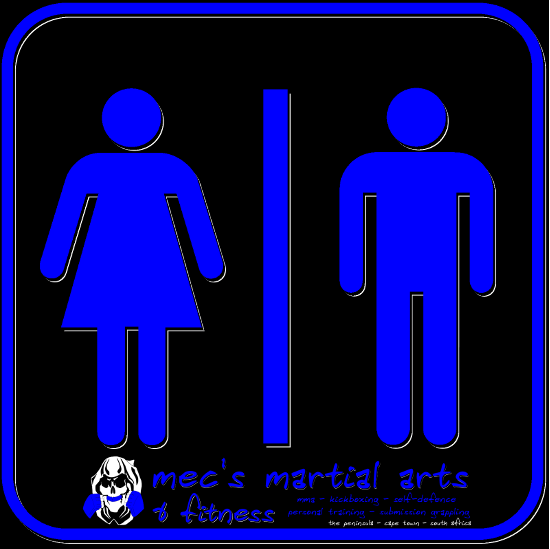 “In today’s world, if a woman is assaulted, she cannot expect or depend on anyone to help or protect her but herself. Victim behavior is learned behavior... Women can stop rape. They can do so by learning psychological and physical skills effectively to fight back.” - Dr. Judith Fein, Feminist self-defence author.

In this post we'll take a look at the particular problems faced by each gender in self-defence situations. Remember that the majority of violence is personal, the attacker is known to the victim & it is perpetrated against women. That is not to say that men are more violent than women nor even that women don't commit heinous violent acts. It is often argued that with women violence manifests verbally / psychologically & that men would rather not report attacks by women when they do occur (battered husband syndrome). Both of those arguments hold some truth (does verbal violence = physical violence?) but even taken to extreme they don't account for the disparity. Rather I would argue that it is the perception that women are easy victims.

In American studies it was shown that the average difference in size between male assailants & female victims was 5" (12.5cm) & 45lb (20.5Kg), about 40% bigger. Even with studies done in the world of sports science confirming that women are equally as powerful & adept as men (except for some reason in sprinting) if they are equally trained & have similar body composition, that is a massive differential. In MMA weight classes are 10-20lb (4.5 - 9Kg) i.e. between 7.5-10% of their body weight & in boxing they are only 1-2lb (0.5-1Kg). Even with these odds there are numerous stories of victims fighting back & repelling attackers. This disparity is also a good argument for weapon carry, especially for women. The number of rapes in Orlando Florida was substantially reduced by the Police simply publicising that they where teaching women to shoot. Dallas Police calculated that for each additional woman carrying a handgun the murder rate was reduced by 3-4x more than by with each additional man.

It seems clear then that even with the size differential, if women are not perceived as victims they are less likely to be. So why is it then that women are not simply arming & preparing themselves & changing that perception?

It's a cultural thing...

“Why do people say 'grow some balls'? Balls are weak and sensitive. If you wanna be tough, grow a vagina. Those things can take a pounding.” - Sheng Wang, Comedian.

As with the proverbial fish not being able to perceive water since it spends its life immersed in it, few of us are aware of the role our cultures play in determining how we perceive the world around us & our roles in it. 'Grow some balls' is a perfect example of how our patriarchal culture (all the world's major cultures are patriarchal) has permeated & is perpetuated by language. It is perpetuated in many other ways too.

While there are varying degrees, I think it is safe to say that women around the world are brought up to be submissive, 'lady-like' & even to perceive themselves as inferior. Assertiveness in women is often frowned upon & deemed to be 'unwomanly'. Men are brought up to be dominant & in many (most?) cultures to believe that they are superior. In effect women are conditioned to be submissive. They are therefore at both a physical & psychological disadvantage.

Is it any wonder that men feel entitled & women seldom resist? Until gender equality is realised women will be targeted.

“Self-defense training tells women how to avoid the habits of nice girls and be mean women instead" - Martha McCaughey Ph.D., Professor of Women’s Studies.

As we've seen, society in effect trains women to be victims to some degree or another. As Judith Fein points out you must be prepared to stand up for yourself, it's unlikely anyone else will. The foundation of self-defence is a sense of self-worth & self-reliance. That certain knowledge that you can & will. The focus of the training needs to be on clearly setting & enforcing boundaries, being assertive while avoiding aggression.

That seems somewhat judgemental. I don't think it's as simple as that...

Thus far we have been focusing on the problems women face in self-defence situations. For men the problem faced in self-defence is quite often exactly the opposite to that faced by women. Because men are expected to be tough, macho & dominant, they often feel the need to prove themselves physically. Simply put ego often takes over where common sense should prevail. Instead of walking away from a fight (or running away from a dangerous situation), the tendency is to engage rather than be thought a 'pussy'. Understanding when to walk / run away is vital for self preservation.