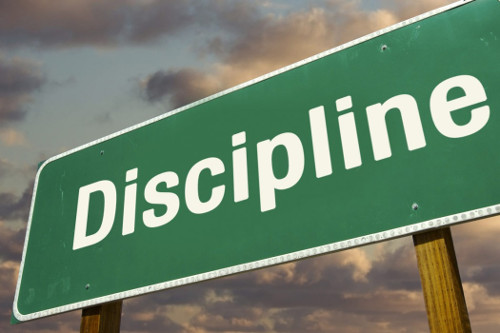 "Disciplined and calm, to await the appearance of disorder and hubbub amongst the enemy:—this is the art of retaining self-possession." - Sun Tzu, Art of War

A game plan is a strategy or group of strategies designed to maximise the probability of victory. It is not always developed before the fight, especially when the opponent is an unknown entity, which is common in amateur & early professional fights. In these cases it's important to have strategies that allow the fighter to, with minimal risk explore their opponents strengths & weaknesses.

Fight to the Highest Differential

Ultimately the game plan is set in place to ensure the highest probability of winning. The simplest way to achieve this is to figure out where the fighter has the greatest advantage over their opponent even if that is not necessarily where they are (or think they are) best.

Aside: Strategy vs. Tactics vs. Technique

An easy heuristic is to think of the strategy as the why & tactics as the what we are doing while techniques are how we do it. So to keep the fight on the feet where we believe we have the greatest advantage (strategy) we avoid body kicks, clinches & 'stuff takedowns' (tactics) using wizzers, sprawls & reversals (techniques).

Risks to the Game Plan

We define 3 major risks that the athlete themselves pose to the game plan. Understanding these risks (as with any) is key to mitigating them.

The 1st 2 share a common root cause, a strong background in a specific art e.g. boxing or wrestling. They are also therefore strong arguments for MMA 3.0, focusing on MMA as a sport / art itself rather than an amalgamation of others.

Of the 3, default risk is probably the easiest to understand, however it is also the most difficult to mitigate. This is simply because it is the risk of reverting to the 'instincts' that have been drilled into the fighter.

The idea is that if a fighter with a strong base art is put under enough pressure (remembering that pressure comes in many forms), they will default to their base art. More importantly to certain aspects of that art. A wrestler under pressure for example is highly likely to shoot.

A graphic illustration of this was provided in ep. 6 of TUF GSP vs Koscheck. Marc Stevens, a wrestler, is set to face Cody McKenzie so well known for his guillotine prowess that a version is named for him, the 'McKenzitene'. Stevens' coaches cannot emphasise enough that he is to avoid going for the takedown as it would put his neck in position for the choke. Cody upsets Marc by refusing the glove touch. Marc loses his temper & dives into the choke, losing in 17 seconds.

Comfort zone is closely related to default risk in that it's related to having a strong base art. It isn't usually triggered by the fighter being under pressure though. Here the fighter is doing well as they are fighting to the highest differential but it isn't their base art. Since they are doing well they relax & slip into what they know best, therefore where they are most comfortable. However this is often their undoing as the differential is now much narrower or even reversed.

In a fairly typical e.g. a ground specialist doing well in the striking exchanges against another grappler. The 1st fighter who has been following the game plan & avoiding the ground, defending take downs, suddenly takes the other down only to get stuck in a very close match or worse getting submitted. All the while ignoring the corners plea to stand-up.

Speaking of pleas to stand up. The epitome of getting sucked in is the striker diving onto (often into the guard of) a downed grappler against the calls from the corner. How is this different from comfort zone risk?

There are 2 ways in which it is different 1stly the loss of discipline is due to the excitement of hurting the opponent. 2ndly the terms 'striker' & 'grappler' are used in the relative sense i.e. where the highest differential lies. So all fighters are susceptible to this risk not only those with strong base arts.

Moral of the Story

Always fight to the highest differential & remember that MMA is far more than the sum of it's parts. Understanding it from the top down is the best mitigation.